Despite being a net exporter of liquefied natural gas (LNG), Southeast Asia is set to increasingly rely on imported LNG through 2030 to meet the growing demand and support the waning domestic supplies, says GlobalData, a leading data and analytics company.

Southeast Asia represents a key growth region for natural gas over the next decade as populations and economies continue to grow and several countries look to gas for meeting the ever-growing power demand. Despite the region being a net exporter of gas supported mainly by major gas producers Malaysia and Indonesia, strong demand growth could outpace the regional supply by the end of the decade.

Daniel Rogers, Senior Oil and Gas Analyst at GlobalData, comments: “In the gas and LNG outlook for the region, both Thailand and the Philippines’ gas supply-demand gaps are expected to widen as steady demand growth is met by the declining domestic supply. Both countries will look to the LNG market to fill the gap where domestic production or pipeline imports are unable to, through additional LNG regasification capacity. There is over 3 trillion cubic feet (tcf) of regasification capacity in the pipeline, approximately 2 tcf of planned and 1 tcf of announced capacity across these two countries that could be online by 2030, this compares to just 0.5 tcf of capacity currently active.”

In 2020, Thailand and Singapore imported record LNG volumes, and Myanmar imported its first ever LNG cargo despite the pandemic. In Thailand, LNG imports are likely to become increasingly important for the country as both domestic supply and imports from Myanmar face natural decline while the demand growth from these two countries continues to rise. Even till 2030, Singapore is expected to remain heavily dependent upon gas as it represents almost all the country’s power generation. Singapore’s LNG imports jumped 20% last year and with the piped gas supply contracts expiring over the near term, LNG imports will be vital for supporting a gas hungry power mix. 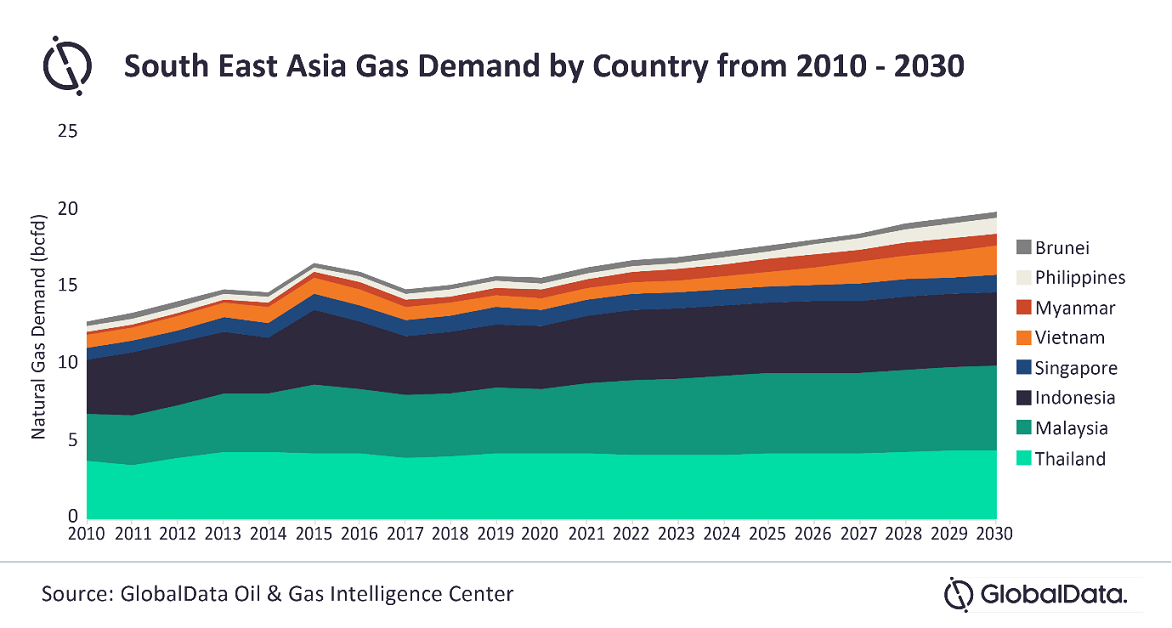 Mr Rogers concludes: “On the supply side, Malaysia and Indonesia have a project pipeline that will help boost production over the near term and just under 4 mtpa of increased LNG liquefaction capacity in Indonesia will increasingly be used to supply its domestic market. However, Brunei, Vietnam and Myanmar risk facing domestic supply declines over the forecast period unless they can progress their currently challenged, undeveloped gas projects. Progress of such projects will be pivotal for their supply outlooks.

“LNG exporters will be watching South East Asia closely as new entrants to the LNG import market emerge and a build out of regasification capacity will provide opportunity in the form of new buyers and more volumes directed to the region.”