According to GlobalData’s report, ‘Denmark Power Market Outlook to 2030, Update 2021 – Market Trends, Regulations, and Competitive Landscape’, the Danish Government continues to play a pivotal role by encouraging renewable energy development. Its objective is to increase the share of green energy in the power mix and gradually increase the share of renewable energy to 100% in both the energy and transport sectors by 2050. 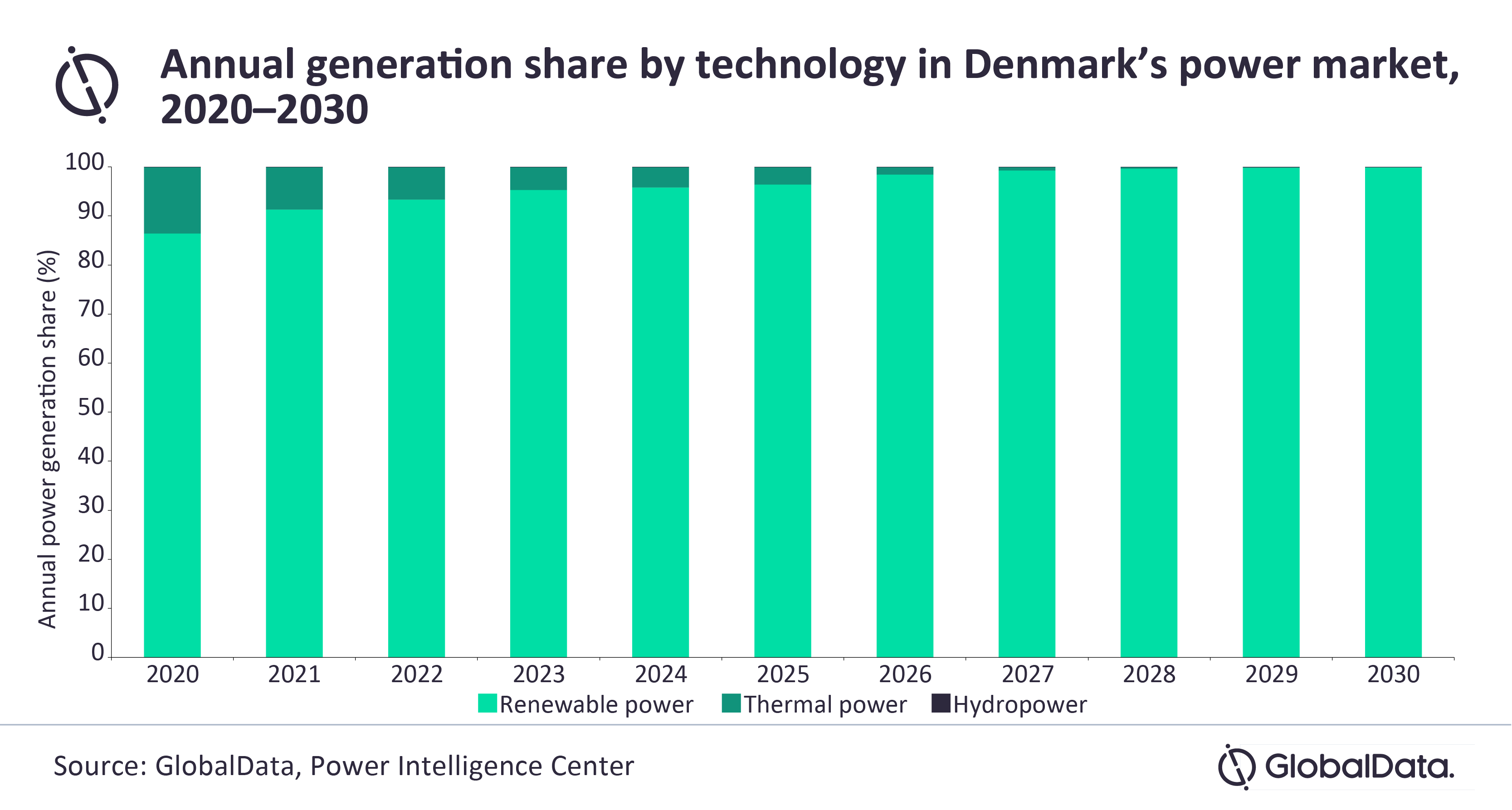 Rohit Ravetkar, Power Analyst at GlobalData, comments: “Denmark is among the global leaders in the adoption of renewable technologies. In 2020, more than 80% of the power generated in the country came from renewable power sources. A significant portion of renewable growth in Denmark is attributed towards wind power.”

Ravetkar adds: “The country aims to phase out coal-based and oil-based power plants by 2030. Also, as a party to the Paris Climate Agreement, Denmark has pledged in its Nationally Determined Contribution (NDC) to reduce Greenhouse Gas (GHG) emissions by 50% by 2030 in comparison to 2005 levels. These factors have propelled the growth of the renewable energy sector in the country. Along with wind power, other potential growth areas are solar PV and biomass power generation. Commercial solar PV installations are expected to show strong growth. Denmark’s leading power utility, Orsted AS, is converting its thermal power plants into biopower generation units. Vattenfall, another leading utility in the country, is also selling off its thermal power plants and investing in offshore wind technology.”