Netflix, Disney find themselves at opposite ends of sentiment spectrum in India, reveals GlobalData

22 Jun 2021
Netflix, Disney find themselves at opposite ends of sentiment spectrum in India, reveals GlobalData

American over-the-top (OTT) content platform Netflix dominates in certain Asia-Pacific (APAC) countries such as Australia and Malaysia, according to the subscription video on demand (SVOD) forecasts by GlobalData, a leading data and analytics company. Yet, Netflix has significant ground to gain in India, with sentiments around India down year-on-year in 2021* while Disney’s sentiments are up, reveals the Filing Analytics Platform of GlobalData.

Rinaldo Pereira, Senior Business Fundamentals Analyst at GlobalData, comments: “Despite a year-on-year dip in market share in India during 2020, Netflix’s sentiments were much higher than Disney during the year. In 2021, the company’s sentiments have dipped and are lower than Disney’s. During 2020, Netflix used a free weekend strategy to gain subscriptions in India, and the strategy worked in its favor. Yet, Disney gained more subscribers likely due to its edge in pricing and local content offerings.” 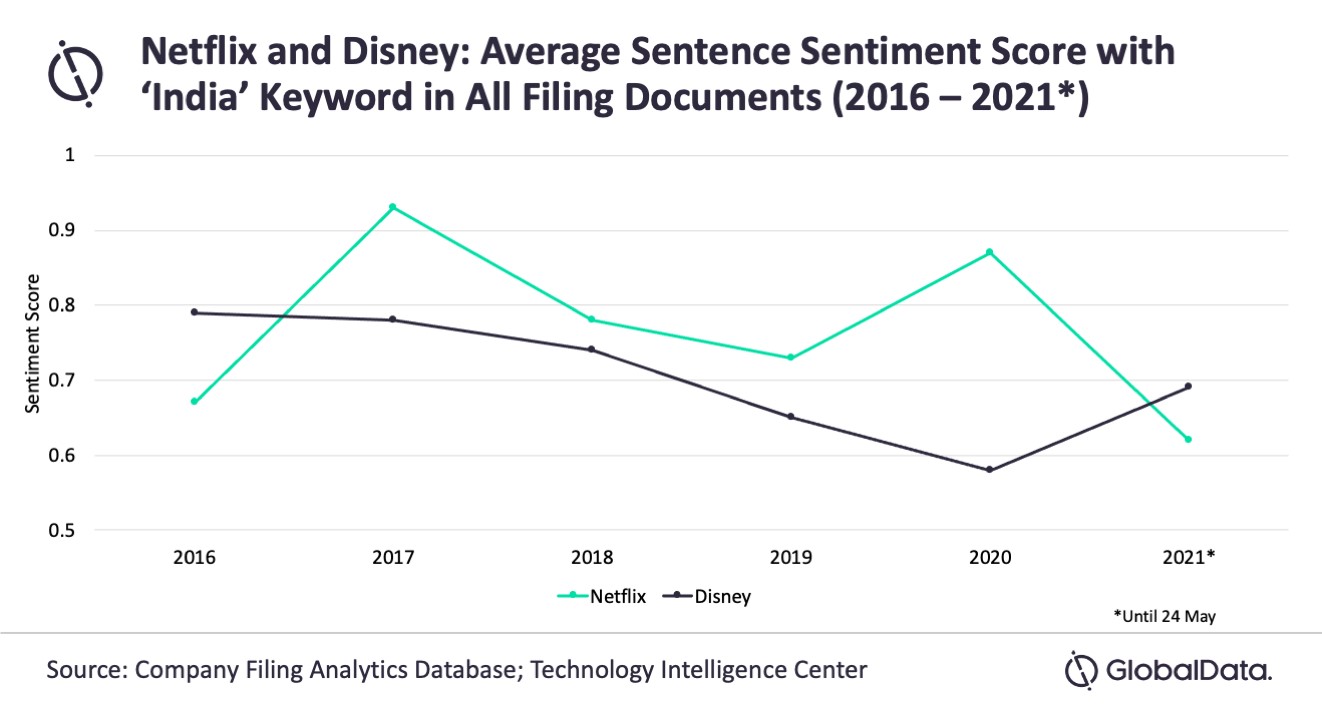 Both Netflix and Disney have recognized the need to address the domestic market by adjusting price points and driving a mobile-centric strategy. GlobalData expects further growth in Netflix’s subscribers in India despite growing competition. However, Disney’s Hotstar is likely to remain in the top spot, with net additions likely to plateau in 2022.

Mr Pereira concludes: “Disney seems to be more focused on retaining its top spot in India. The company had twice as many mentions compared to Netflix in 2020. Netflix’s India and APAC related mentions peaked in 2018 and have been on the downtrend since.

“For Disney and Netflix, geopolitics was among the top themes in sentences with India as a mention, in line with the Indian government’s new information technology rules in 2021. With Indian consumers unlikely to subscribe to every platform, companies with the right price points and the best local content will make the most of India’s booming market.”