GlobalData’s report, ‘Global Capacity and Capital Expenditure Outlook for Gas Processing Plants, 2021–2025 – Russia Continues to Underpin Global Gas Processing Capacity Growth’ reveals that the Middle East is expected to have a new-build gas processing capacity of 21.0 billion cubic feet (bcfd) by 2025. Of this, 19.4 bcfd is from planned projects that received approvals, and the rest is from non-approved announced projects.

Nachiket Kaware, Oil & Gas Analyst at GlobalData, comments: “In the Middle East, a total of 26 planned and announced gas processing plants are expected to start operations by 2025. Of these, the planned Ras Laffan-NFE plant in Qatar has the highest gas processing capacity of 4.6 bcfd. It would process gas from the giant North Field East project and helps Qatar to maintain its status as one of the leading producers and exporters of LNG in the world.” 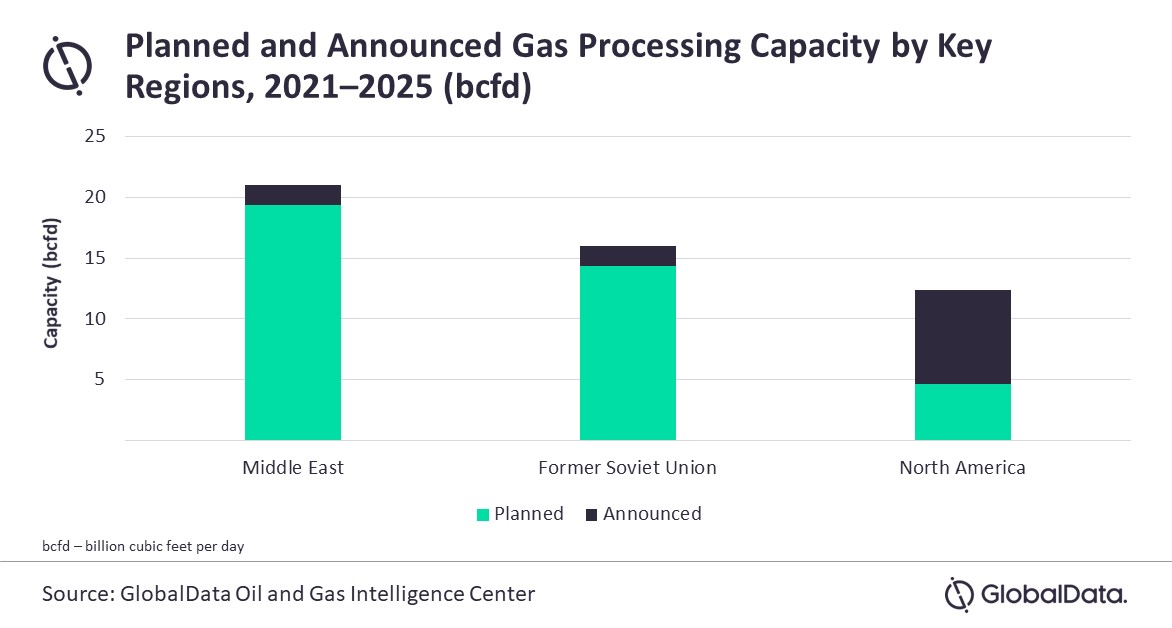 North America stands third with new-build gas processing capacity of 12.4 bcfd by 2025. Of this, 4.6 bcfd is from planned projects and the rest is from announced projects. The Chetwynd and NGL North II projects in Canada are the largest projects in North America with capacities of 1.5 bcfd and 1 bcfd, respectively.