Despite the threat of an impending third wave of COVID-19 looming large, private equity (PE) and venture capital (VC) investors, who endured a volatile year in 2020 and the first half (H1) of 2021, seem to be reposing their faith in the Asia-Pacific (APAC) region. A total of 1,226 deals (mergers & acquisitions (M&A), PE, and VC) were announced in the region during July 2021, which is an increase of 3% over 1,190 deals announced during the previous month, according to GlobalData, a leading data and analytics company.

An analysis of GlobalData’s Financial Deals Database revealed that the deal volume in the APAC region during the month was also higher than the monthly average level of Q1 as well as Q2 2021.

Aurojyoti Bose, Lead Analyst at GlobalData, comments: “Deal activity in the APAC region has remained inconsistent ever since the COVID-19 pandemic broke. However, 2021 is showcasing some signs of improvement in business sentiments with deal activity rebounding in June 2021 after some months of decline and the momentum set in at the end of H1 seems to be continuing with July also showcasing growth. Deal-making appetite seems to be improving as vaccination progresses across the key APAC markets.” 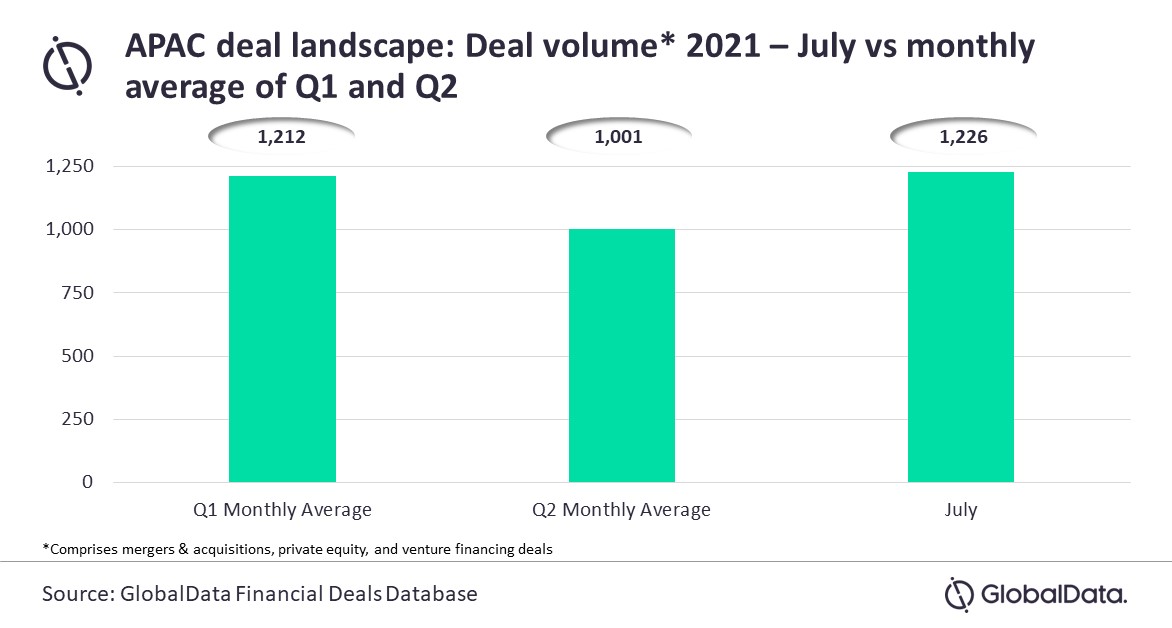 Mr Bose concludes: “Deal activity in the region remained inconsistent ever since the COVID-19 pandemic started playing havoc with markets. However, the recent months have seen an uptick, which could be a positive sign. July marks the second consecutive month of growth in deal activity.”