Post a relatively buoyant Q1 CY2021, passenger vehicle production in India suffered a setback in the Q2 due to a steep rise in the COVID-19 infections and deaths in April and May. However, the latter half of 2021 is expected to be better and full year production will be better than the previous year despite the turbulence in recovery, says GlobalData, a leading data and analytics company.

The temporary COVID-19 induced shutdown also remained a sensible choice for some OEMs due to the tumbling sales volumes, sufficient stock in the markets and ongoing supply chain disruptions, including chip shortages. Furthermore, a few OEMs such as Maruti Suzuki and MG Motors, and various component manufacturers chose to divert their oxygen supplies towards medical emergencies, which curtailed their output. Automakers, who went for a temporary production halt at some of their sites between April and May, include Maruti Suzuki, Mahindra, MG Motors, Toyota, Ford, Hyundai and Honda.

Passenger vehicle production in May 2021 declined by 58% from the previous month. While the production volume remains below the pre-COVID-19 level, it is comparatively better than the previous year. 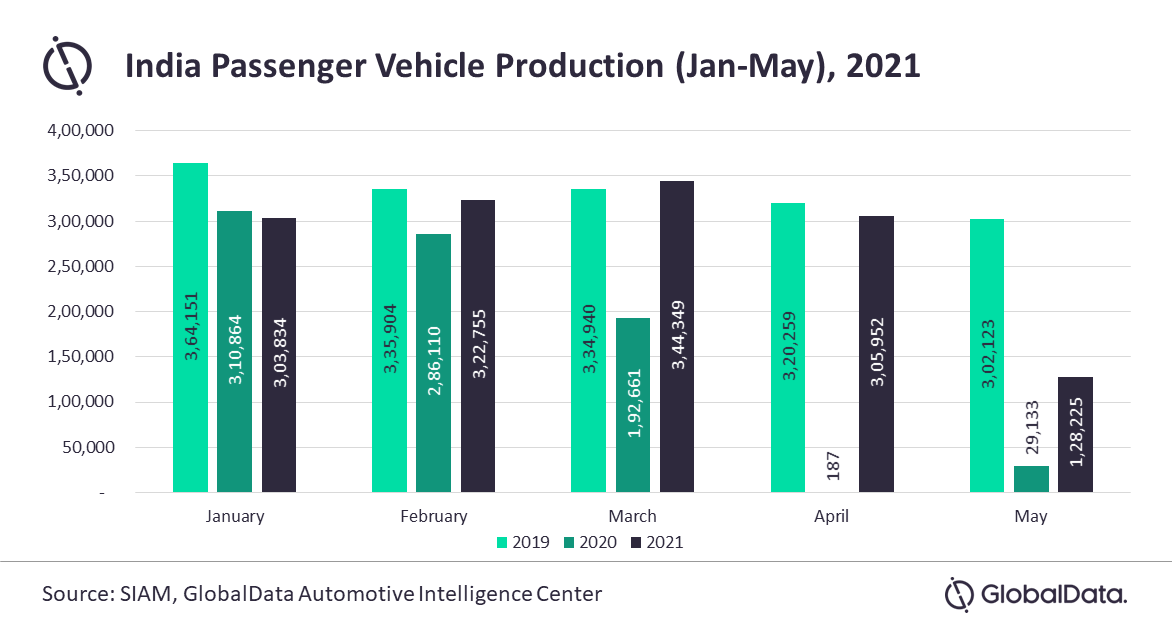 Bakar Sadik Agwan, Senior Automotive Analyst at GlobalData, comments: ‘‘The decline in production volume comes as a little surprise. Several economies are still struggling with the aftermath of the COVID-19 pandemic and the market uncertainty existing in India over a possible third wave portrays a gloomy picture regarding the exports production and local supply in the short-term. Recovery to pre-pandemic levels may remain a distant dream this year.”

After a weak May, June is expected to see a month-on-month revival in the production volume, but some OEMs may consider further production cuts due to subdued sales.

Mr Agwan continues: “On a positive note, Indian automakers have been trying to recharge their sales with a significant pipeline of new launches and facelifts this year. Automakers such as Tata Motors and Hyundai have remained resilient to the COVID-19 turbulence with a strong product portfolio. H1 2021 has seen key new launches such as the MG Hector Plus, Tata Safari, Renault Kiger, Citroen C5 Aircross, Hyundai Alcazar and Skoda Kushaq. Some major launches and updates are expected in the second half of the year, which are anticipated to drive production growth.” 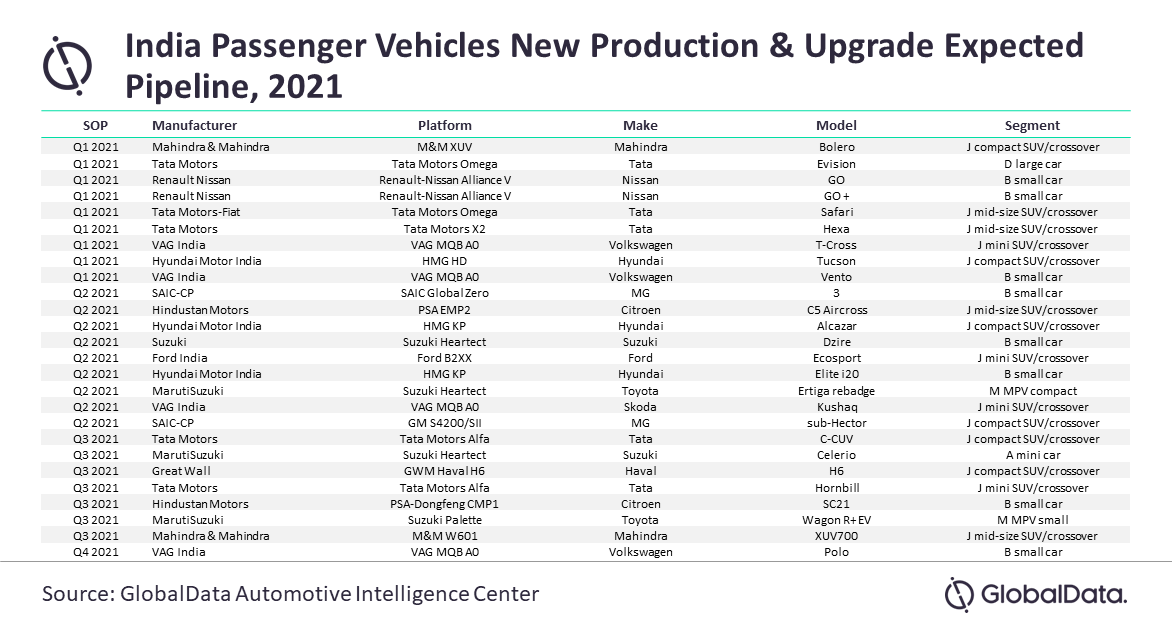