China’s overall focus within oncology research is increasing at a rapid pace. Moreover, the country recently approved its first chimeric antigen receptor (CAR)-T cell therapy. Against this backdrop, Chinese domestic pharma companies are found at the forefront of company-sponsored CAR-T cell therapy trials and are likely to dominate the CAR-T landscape, says GlobalData, a leading data and analytics company.

Ms. Sasmitha Sahu, Pharma Analyst at GlobalData, comments: “In continuation with its focus to bolster oncology R&D, China continues to add CAR-T therapies, the latest being dual-targeted CAR-T therapies, to its clinical trial pipeline landscape. Although the CD19 targeting CAR-T marketed oncology therapies witnessed successful adoption, there are still some unmet needs like ensuring the durability of remission and preventing tumor antigen escape. Hence, research on dual-targeted CAR-T therapies like CD19/CD22, CD19/20 and CD19/BCMA has been gaining attention.”

In June 2021, China approved its first CAR-T therapy, Yescarta (FKC876/axicabtagene ciloleucel/axi-cel), from Gilead’s Chinese subsidiary, FosunKite, for the treatment of NHL in adults. It was the second Asian country after Japan, which approved it in January 2021. Axi-cel was first approved in the US & EU in 2017 & 2018, respectively.

Japan and Singapore are the only two Asian countries to approve tisagenlecleucel in March 2019 and March 2021, respectively. On the other hand, lisocabtagene was approved only in Japan in March 2021.

Ms. Sahu adds: “China’s approval of its first CAR-T therapy Yescarta comes a little later than Japan’s approval. Nevertheless, it showed promptness in providing a second breakthrough designation for the treatment of relapsed or refractory indolent NHL after receiving second-line or above systemic treatment (r/riNHL), including follicular lymphoma and marginal zone lymphoma for axi-cel.”

According to the GlobalData Pharma Intelligence Center, there are 337 company-sponsored CAR-T therapy trials in China. 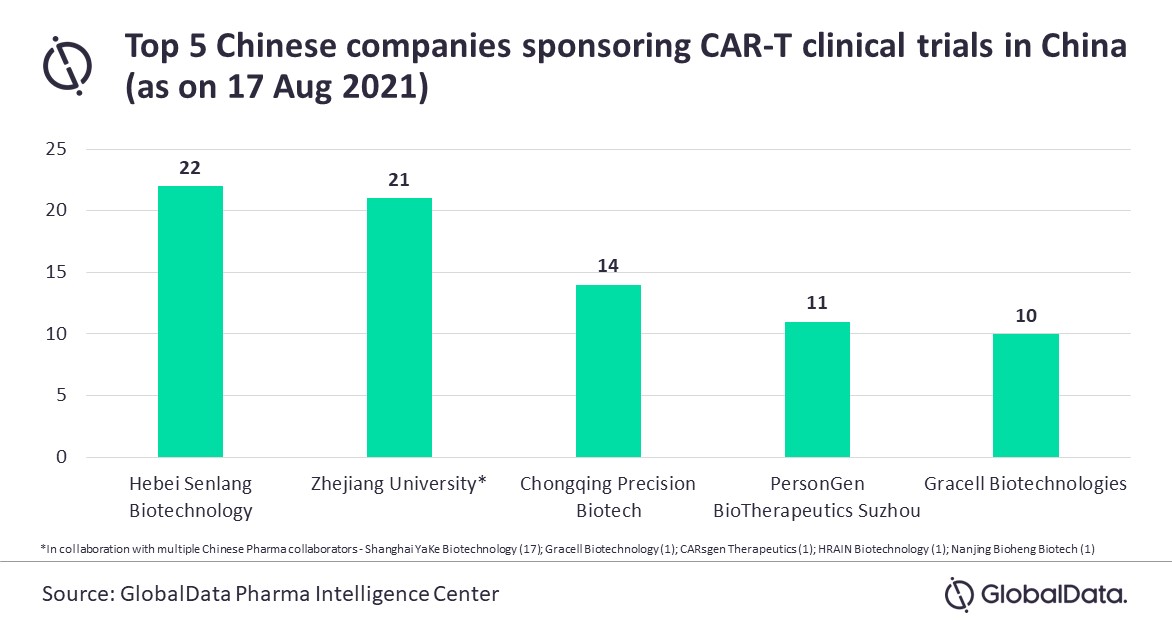 Although CAR-T therapies undeniably take cancer therapy to the next level, there is a growing concern around the enormous costs.

Ms. Sahu concludes: “With China increasingly supporting the entry of domestic pharma companies in the CAR-T space, the likelihood of successful CAR-T therapies entering the market is greater. In addition, potential new patient assistance programs and payment models to ease financial burden are expected to make these therapies affordable and accessible for patients in China.”