The aggregated revenue of the public enterprises headquartered in Chinese cities such as Beijing, Shanghai, Shenzhen, Guangzhou, Tianjin, and Chongqing amounted to US$7,699bn in 2020, accounting for about 50% of the combined revenue of listed companies with head offices in top 10 APAC cities by GDP, reveals GlobalData, a leading data analytics and research company.

GlobalData considered the top 10 cities with the highest GDP in the APAC region, which are then ranked based on total revenue generated by the public companies headquartered in each city in 2020. The sample size considered for the research included about 25,700 public companies in the region. 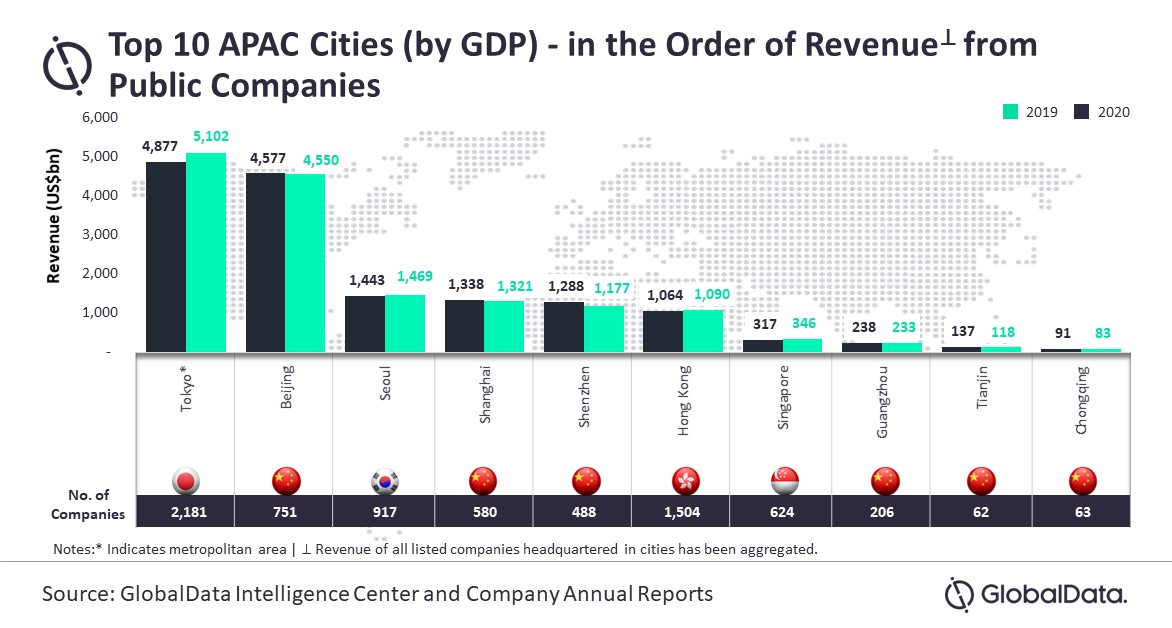 The companies headquartered in the top 10 cities accounted for 56.5% of the aggregate revenue of the total sample size. The combined revenue of these companies declined marginally by 0.8% in 2020, as compared to that in the previous year.

Mr Vala concludes: “The decline was marginal due to the fact that the aggregate revenues of the companies headquartered in top Chinese cities reported year-on-year growth despite the impact of COVID-19 during 2020, which underlines the Chinese government’s swift efforts in controlling the spread of the pandemic and the actions taken in getting the economy back on track.”